Time is a strange thing, if you ask me. Even though I wear a wristwatch every day, most of the time I do not know what time it really is. And for that matter, how important is time?

I thought I was having a wonderful time sleeping when all of a sudden I began hearing strange noises and I could not figure out what it was. I thought I was just dreaming. Then there was an explosion in the bedroom and I jumped out of bed and noticed it was the Gracious Mistress of the Parsonage who had turned on the light and was saying, “Come on and get up. We don’t want to be late.”

Of course, I never want to be late, especially if it involves my wife and me. I just did not remember what I was getting up for.

“Don’t you remember,” she said quite agitatedly, “I have an appointment at the doctors at 9 o’clock. Hurry up and get dressed or we’ll be late.”

I did remember that there was a doctor’s appointment for my wife, but I was so groggy I just could not put things together.

I glanced out the window and it was dark as it has ever been. I looked at my wife and said, “Why is it so dark outside?”

“Don’t bother with that,” she said, “get ready so that we can get to my appointment on time.”

Again, I looked out the window and it was dark. As I headed for the bathroom, I said to my wife, “What time is it really?”

“Never you mind, let’s get going.”

I never like to argue, especially with my wife and especially this early in the morning. I was rather groggy and the tiny little gray cells upstairs were still in their snooze position.

As I was getting dressed, I happened to put my wristwatch on and noticed that it was 2 o’clock in the morning. I thought maybe my watch had stopped so I looked at the clock next to my bed and it read 2:03 a.m.

I know 2 o’clock in the morning is not the time to chuckle or to pull a gag on anyone, especially my wife, but some things are unstoppable.

I walked out to the kitchen where my wife was making coffee and said, “Do you know what time it is?”

At that time, she did look at the kitchen clock, which said 2:04 a.m. She stared at it for several minutes and then she looked at me and said, “Oh, it’s not time to get up yet, is it?”

You can be sure I notated this in my diary called “The Diary of the Gracious Mistress of the Parsonage.” One of these days, I shall publish it and chuckle the rest of my life.

As we went back to the bedroom and prepared to go to bed, she was very silent. I just could not help myself. I try in situations like this, but I do not have a strong enough character not to say something.

I casually glanced at her and said, “What time do we need to get up?”

For some reason she did not think that was humorous and just went back to bed. I could not go to sleep because I was chuckling too much. It is not often that I get something like this over on my wife.

In between my chuckles, I began thinking about how important time really is. 2 o’clock in the morning is a lot different from 2 o’clock in the afternoon. It looks the same on the clock but depending on what part of the day it is, it can make all the difference in the world.

Being the husband that I am, I tucked this little incident in the back pocket of my brain to use at the right time. It is nice having something like this when you are in trouble.

For example. When I am in a little bit of trouble with my wife, I can always say, “Remember, when we got up at 2 o’clock in the morning?” I will laugh, but I am sure she will not laugh. When you have ammunition like this, you need to use it at the appropriate time.

Driving my wife to the doctor that morning, I could not help but think of how important the correct time is. I never like to be late for anything. I like to know what time it is and I like to leave in time to get there at the correct time. To me, timing is rather important.

I remember what Paul said, “And that, knowing the time, that now it is high time to awake out of sleep: for now is our salvation nearer than when we believed” (Romans 13:11).

The time is now to really understand that our salvation is in Jesus Christ. Nothing could be more timely then focusing on Christ. 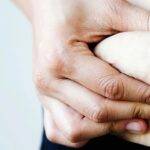 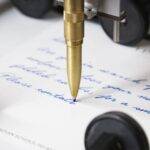 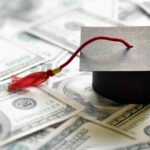 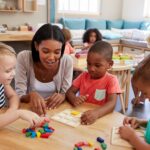 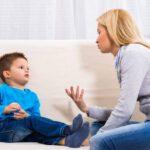